Poor dental hygiene is often associated with negligence. This is pretty evident from a survey, that reported that only 49% men and 57% women actually brush their teeth, while the percentage of people who brush their teeth twice a day is even less.
However, poor dental hygiene can also be associated to common misconceptions that people have about what keeps their teeth healthy. In this article, we bust five most commonly believed dental myths.

There are many who believe that the harder they brush, the cleaner their teeth will be. In reality, aggressive brushing can actually wear out the protective layer of enamel that protects teeth from decay and cavities. The same goes for toothbrushes that have hard bristles.
Brushing is not a scrub for the teeth, but more like a massage. This is why only toothbrushes with soft bristles should be used and applied on the teeth in light circular motions.

Myth # 2: Chewing Sugar-Free Gum is the same as Brushing

Sugar-fee gums that contain xylitol are indeed good for the teeth, especially after eating. They encourage saliva production and wash away the acids formed by foods and drinks.
However, gum is not effective in removing plaque from the teeth. The only way to do that is to brush twice a day for at least 2 minutes, and then floss.

Myth # 3: You Should Brush Immediately After Eating

While it is good to brush the teeth after a meal, it is better to wait at least half an hour before doing so.
This is because the mouth is usually very acidic after a meal and brushing only rubs these acids on the entire tooth enamel.  This proves to be harmful for the teeth in the long run.

Myth # 4: Brushing In the Morning is More Important than Brushing at Night

Many people think that it is more important to brush in the morning because of bad breath. However, it is more harmful to skip brushing at night.
Without brushing, bacteria and starch remain in the mouth and are allowed to produce acid all night long. This can cause significantly damage to the teeth and gums.

Myth # 5: If you Brush daily, you don’t need to Visit a dentist

While there is no doubt that brushing teeth daily twice is vital for maintaining dental hygiene, it isn’t enough. Brushing can only remove the food particles and limit bacterial activity. It cannot deal with the issues such as tartar, decay and plaque-buildup.
Therefore, it is important for all individuals to visit their dentist on a biannual basis for a checkup. Dentists not only remove the hard tartar, but identify any other potential problems, such as gum inflammation, that may lead to tooth loss later on.
We are one of the most reliable family dentists in Germantown, MD, and provide a comprehensive range of dental solutions and treatments. Give us a call on (301) 353-8890, or pay us visit to learn more about our patient-friendly environment.
cosmetic and family dentistry solutions dental partials care germantown dental services in Gaithersburg denture care germantown dental partials care germantown Gaithersburg 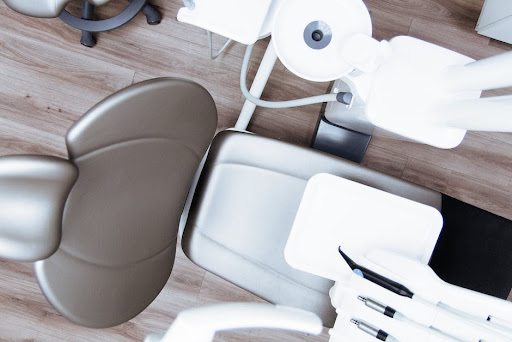