4 Ways to Stop Your Gums From Bleeding 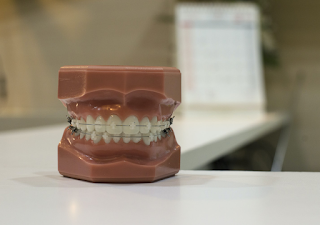 Gums are an integral part of the human body and  prevent diseases from developing in our mouths. A recent study estimated that nearly 42% of adults over the age of 30 in the U.S  suffered from gum-related issues. This estimate converts to almost 130 million people, showing how careless people are in taking care of their gums.

Removing plaque is very important by brushing or flossing; otherwise, it can lead to gingivitis which causes irritation, redness, inflammation and bleeding.

If your gums are bleeding, you are right to be worried, but there are many ways to solve that problem. Some of those solutions are very basic. Let’s take a look.

This is the best and most effective you can keep your gums healthy. Having good oral hygiene plays a huge role in preventing the build-up of plaque on our teeth. Brushing twice daily is a good practice to keep your teeth and gums safe as it removes plaque and doesn’t let it spread. Flossing is also a good way to get rid of that pesky plaque.

Using toothpaste that has been specifically formulated to prevent bleeding from gums is also an effective way to keep your gums healthy. Using mouthwash is also considered an effective practice in removing plaque and keeping your mouth fresh and safe.

Studies have shown that smoking is a major factor that contributes to gum diseases and bleeding of gums. Ultimately, smoking weakens your immune system, making it hard for your body to fight off gum infections. This also weakens the ability of the gums to heal, and the disease/infection can affect you much faster than someone who doesn’t smoke.

Treatment for such diseases is also less effective for people who smoke when compared to non-smokers.

Since we were kids, we’ve been hearing how sugary drinks and junk food lead to cavity and tooth decay, but having a healthy and balanced diet can also help us keep our gums healthy. It is said that having a diet rich in vitamins, fiber, minerals, and fresh fruits and vegetables helps stop gum diseases.

Foods rich in Vitamin C and K also help us prevent our gums from bleeding as they strengthen our immune system and produce antibodies.

Getting help from an expert is always the best way to go about things. A visit to the dentist can be your best option if you’re unaware of how to prevent your gums from bleeding. A dentist can check your gums and teeth and let you know if there are any other issues as well. You’ll also get expert advice on how to keep your gums healthy, along with medicines to help tone down the bleeding.

The next time you see your gums bleeding, don’t worry and follow some of these methods to prevent the bleeding. If you think that the issue is too serious, visiting a dental clinic like Advanced Dental Center can solve your problem.

Advanced Dental Center is the best dental clinic in Germantown, Maryland. Our state-of-the-art facility and technology allow us to provide numerous treatments such as periodontal maintenance, root canal, fluoride treatment, teeth whitening, and so on.

So contact us today and allow us to take of your gums for you!

Spring means so much food and partying! Unfortunately, it is not a party in your mouth when you constantly snack o n  food and drink sweet beverages. While you are preparing for spring break, don’t forget to pack a few tips for your teeth! Here are some things to look out for.   Avoid Acidic Foods Resist snacking on spicy treats and sipping on that cider too frequently can ruin your fun and those nights out by causing canker sores. Canker sores are small with lesions with a dark border. They begin at the tongue and can spread to the cheeks, lips and throat area. While these are not contagious, they can be painful and take time to heal if you keep up the acidic food intake. Don’t Give up the Sunscreen It may be surprising but sunscreen keeps your mouth safe as well as your skin. Exposure to harsh weather can cause cold sore breakouts. While also triggered by stress, they can be prevented by using sunscreen and keeping hands away from your mouth to not spread th

According to Harvard Health Publications , 13–24% of people around the world have expressed qualms regarding dental visits. This is a major cause of concern; this hesitation has led to deteriorating dental health and poor oral hygiene. The question that arises here is; what is it that keeps these patients from paying a visit to the dentist? Your teeth are the most conspicuous part of your facial expressions. Despite the crucial importance of dental visits, people have their reservations. Some complain of experience excruciating pain while some dread the dental procedure itself. However, dental anxiety is something that can be overcome. Voice Your Concerns Having an open and honest relationship with your dentist and hygiene specialists can do wonders to eliminate your anxiety. Express your concerns regarding your dental health and let them know what you dread most. A patiently-friendly environment  and staff at Advanced Dental Center makes sure that patients feel